The ongoing accumulation of carbon dioxide from nearly two centuries of greenhouse gas emissions appears to be responsible for a recent greening of the world’s vast drylands.

Scientists from Indiana University-Purdue University Indianapolis say they believe higher CO2 levels have increased the amount of water in drylands soil, while also diminishing the ability of some plants to exchange carbon dioxide and water vapor in and out of their leaves.

“We know from satellite observations that vegetation is greener than it was in the past,” lead researcher Lixin Wang said in a press release. “We now understand why that’s occurring, but we don’t necessarily know if that’s a good thing or not.”

Drylands are the world’s most abundant landscapes, where evaporation exceeds the amount of rainfall received by at least a third.

They are also home to more than 2 billion of the world’s human inhabitants and cover 41.3 percent of Earth’s land surface.

A view of crops and fields in a mountainous drylands region of Morocco. 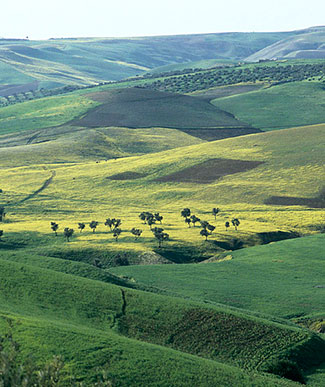 One of the strongest El Niños on record has left nearly 100 million people in southern Africa, Asia and Latin America with acute food and water shortages since late last year.

The ocean warming has also made many populations vulnerable to diseases such as Zika, according to various governmental, U.N. and relief agencies.

The U.N. Food and Agriculture Organization and the Famine Early Warning Systems Network said in a statement that rainfall in southern Africa “has so far been the driest in the last 35 years.”

Millions of other people in various parts of the world have suffered from heat waves, water shortages and wildfires since El Niño’s weather disruptions emerged in mid-2015.

El Niño’s warmth is fading across the Pacific, but its influence on the world’s weather will linger for months. 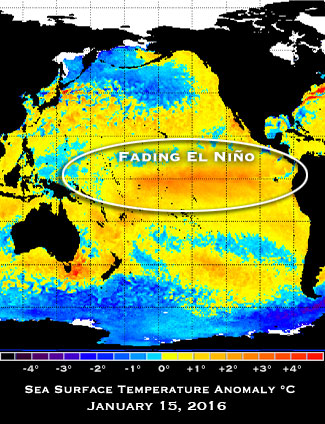 Dolphin dies after it’s passed around for selfies

An endangered baby dolphin was killed on a beach in Argentina last week after the animal was plucked from the water and passed around by beachgoers for petting and photos.

The incident, which took place at the beach resort town of Santa Teresita, has drawn wide condemnation from animal lovers and activists.

La Plata dolphins – also known as Franciscana dolphins – are only found in Argentina, Uruguay and Brazil, and fewer than 30 000 of them remain in the wild.

Video footage of last week’s incident shows the animal being scooped up by a man and quickly surrounded by a curious mob eager to touch the animal.

The miniature dolphin, no more than a few feet long, is eventually left to die in the mud, where it can be seen lying motionless.

At no point in the footage does it appear that anyone in the crowd intervened or attempted to return the animal to the water. 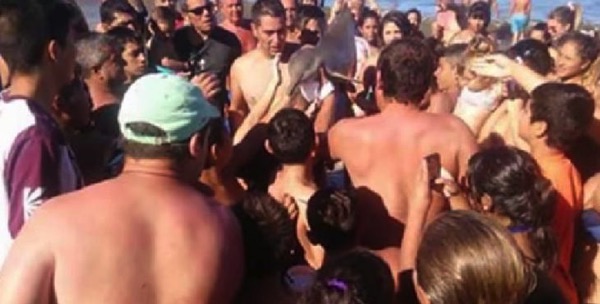 The week’s coldest temperature was minus 65.4 degrees Fahrenheit (minus 54.1 degrees Celsius) at Russia’s Siberian outpost of Oimyakon

A hospital is dealing with a “significant” outbreak of swine flu among 14 cancer patients.

The patients on three wards at Leicester Royal Infirmary are being treated for the condition, while another three people with the illness – a child and two adults – are being treated at the city’s Glenfield hospital.

All 17 people have been diagnosed with having the H1N1 flu strain of influenza, better known as swine flu.